Earlier this month, my husband and I flew to New Orleans for the weekend.  We happened to catch the beginning of the Carnival season that officially started on January 6 and continues through Fat Tuesday - marking the last day of the season.

New Orleans is a pleasure-loving city with famed common dishes that are heavily influenced by Spanish and French cuisines.  To put you in the mood for Mardi Gras (Fat Tuesday), I am sharing my modified version of the classic dish: Jambalaya.

To keep this dish easy, you can use store bought stock.  Since it was the weekend, and I had some extra time, I used a technique I learned from Chef Paul Prudhomme's book "Fork In the Road."

This cookbook is one of the books I inherited from my mother, and was originally published in 1993.

I had some frozen stock that I made from our smoked Thanksgiving turkey.  I defrosted my stock in the refrigerator the night before and then I packed a mesh strainer with ice and carefully poured the stock over the ice.

This technique removed a lot of the extra fat and solids from my stock and made my stock rich and clear.

I concentrated my stock by slow cooking it on high heat to reduce it down to about a third of its original size.

The stock made from my smoked turkey gave me the smoky taste I wanted. 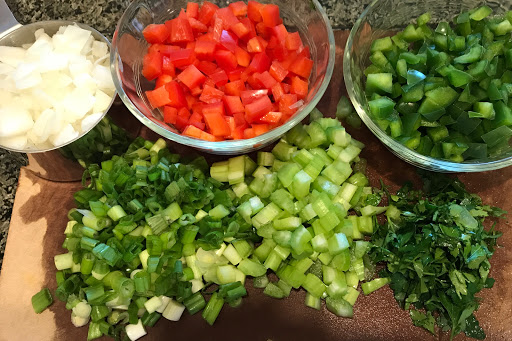 Next, I chopped up my vegetables, which included the "holy trinity" - a combination of onion, celery and bell pepper.  This mixture is considered to be a building block for many dishes from Louisiana.

Along with my green vegetables, I added some red bell pepper to give my dish more color.

One ingredient that you may notice is missing from my recipe is tomatoes.  I chose to go with more of a Cajun-style version of Jambalaya.

The difference between Cajun Jambalaya and Creole Jambalaya are said to be the use of tomatoes.

Since Creoles tend to be more from the city and Cajuns are more from the country - the thought is that Cajuns might not have had access to tomatoes, making their version of the dish is more brown than red.

If you want to add tomatoes - you may want to reduce the amount of stock or add a few minutes to the cooking time for the rice.


While we were in New Orleans, I picked up a Cajun Spice Blend package from The Spice & Tea Exchange on Saint Louis Street.

You could mix your own spice blend by making Emeril's Essence Creole Seasoning recipe.

If you do mix your own - be sure to save some to make Jean's Healthy Seafood Soup.  Jean lived in New Orleans for many years, and her recipe is very tasty and healthy and captures the soul of Louisiana cooking. 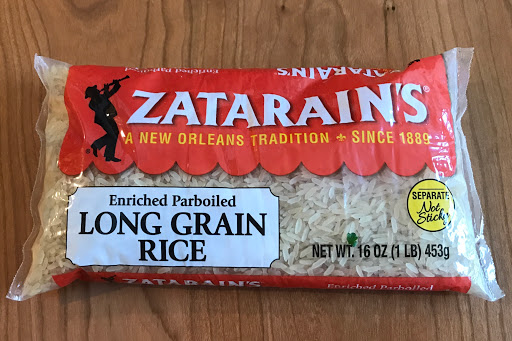 Zatarain's company is based in New Orleans, Louisiana.

In New Orleans, there are many cooking shops - where I was able to buy some Zatarain's long grain rice.  This size bag is approximately 3 cups - which is what you need for this recipe.


In my local grocery store, the pre-cooked meats are found in the freezer section next to the beer.  I was able to find some cajun style andouille from Aidells; along with some linguisa (Portuguese style) sausage.

To make this dish more healthy, you could replace the cured meats with shrimp.


Another technique I read from Chef Prudhomme's book is the scrape and clear technique.  This technique requires you to push your tolerance for what you may think is near burning to what is actually caramelizing in the pan.

The idea is that divide up your ingredients (two thirds of your chopped onions and bell peppers and a half of your spice blend and cured meats) and cook them to difference levels of "doneness" to vary the taste and texture to create more flavor out of the same ingredients.

You can use this technique while still using one pot.  For about 10-12 minutes, just brown your divided ingredients until the crust seems in danger of burning and then scrape the bottom of the pan to clear all the brown bits and repeat.


After you are done browning your first batch of ingredients, you throw your remaining ingredients into the pot to create a layered look. Then the pot goes directly into your pre-heated oven with equal parts of rice and broth.

Cook till the rice is done and the liquid is absorbed.

prep time: 15 MINScook time: 1 hour and 30 MINStotal time: 1 hours and 45 mins
This one-pot-meal is tasty enough for a Sunday family dinner and simple enough to make on a weeknight - putting "The Big Easy" New Orleans lifestyle right in your own kitchen.

Popular posts from this blog

I inherited cast-iron skillets, what do I do now? 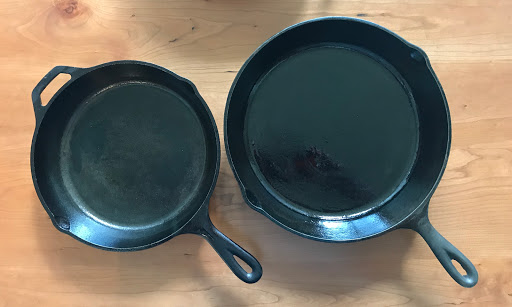 Hello dear readers!Well, it was my birthday last week and my mother sent me two of her beautiful cast-iron pans that have been in our family for years.  This gift was pre-arranged and discussed (I mentioned that I wanted them).  I patiently waited to see what this "surprise" would be.  Would the cast-iron skillets need to be restored? Will I ruin them?  What meals do I remember my mom making in them?  What should I make in them?I was so excited that I must have mentioned that I was getting these pans to everyone I met.
And the people I talked to had stories to tell: from having them ruined by helpful guests who zealously cleaned the pans with soap, to just forgetting about them - only to find them later rusty and ruined, to searching for pans in vintage stores to try and restore them back to their former beauty.The pans that my mom sent me are beautifully seasoned.  Their patina are perfectly black.  I suspect, knowing my mom, that she probably dressed them up a bit prior to…
Read more 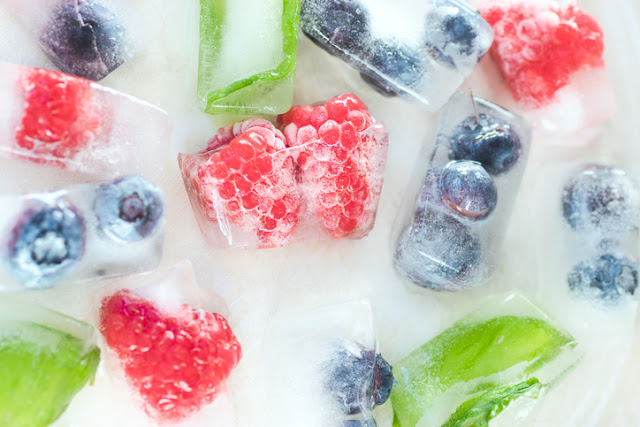 Here is a recipe roundup for make-ahead ice cubes to keep your summer chill. Save time and refrigerator space by making flavored ice cubes to add to recipes, drinks and more.

Kerekes Bake Deco has Silicon Ice Cream Molds that are on sale for 20% off, which would make these DIY flavored ice cubes a fun project.


Green blocks of goodness Make "Meatless Monday" even easier with Amanda Cohen’s Secret-Weapon Stir-Fry Sauce. This sauce is made with cilantro, parsley, Thai basil, garlic and ginger - or what ever is in your veggie drawer!
Kitchn's freezer friendly tips for making stock Get cooking lessons from Kitchn - who shows you how to make basic chicken stock and vegetable stock; which you can keep in your freezer to use later. 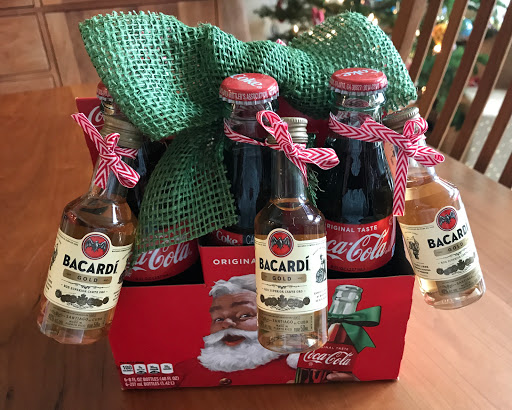 Need something quick for a Holiday Exchange?  Would you like to stop by the neighbors to say hello and drop off a thoughtful and tasty gift?  Want to offer a small treat to thank your co-workers? In need of a quick host or hostess gift?

Here are some ideas I gathered. Cheers!


Bring Holiday Cheer!
A little booze can be a great ice-breaker for the season. Dress up bottles for a quick gift idea to add something special under the tree or to take to a party.  Please check out my alcohol themed ideas to get the holidays started.
Bark, The Herald Angels Sing! Fa La La La etc...
The trick to making bark is to not make them too thick. They break easier and are less "fudgie" tasting. You also need to watch when you are melting white chocolate, because it melts at a different time and temperature than dark chocolate.  Here is a link about how to melt white chocolate that you can read before trying these recipes that have a bigger bark than their bite.

Quick Ideas for the Host or Hostes…
Read more

Tara
Hello! I’m a working wife and stepmother of two young women. I live in the Pacific Northwest. I love living large in a small home in a great community. Welcome to my blog!